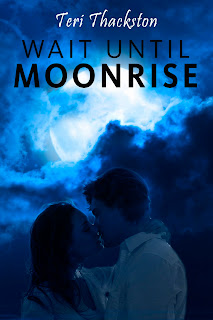 She touched his arm, and his control shattered. Whipping around, he grabbed her shoulders. Her eyes went wide as he pushed her against the wall, crushing her with his body.


“Is this what you want?” he demanded. “To see me lose control as that poor bastard fiancé of yours did? Remember that I, too, suffer under Saffira’s curse.”


Unexpectedly, he felt her relax between him and the cold wall. His own tension coiled tighter as her supple form curved to his rigid one.


Her lips were so close to his, he could taste the flavor of her breath. It swirled through his head like smoke, coiled down into his gut, intensifying the craving that he could scarcely control. Only with her did he feel human. Only with her was he free even within his own mind.


And yet he could not let her take this step out of guilt. To allow that would be an affront to them both.


“You said the same about the American.”


Her gaze touched his lips. “He wasn’t himself.”


“I know.” She slipped her arms around his waist and lifted her lips to his.


Nicholas would gladly have died then. The love he tasted on her sweet lips eased his tortured soul with the flavor of nectar. Heaven-sent, she was, and he knew she’d never kissed Terrell or any other man in this way. Her fingers were still against his back, her body barely touching his. Only her lips moved, and they did so barely parted, innocent and soft, as if she had no inkling of their sensuous power. Resistance faltering beneath her innocent onslaught, he eased his cruel grip, and his hands slipped between her and the stone wall. Holding her close, he deepened the kiss, easing her lips apart, tasting fully of what she so sweetly offered…what he so desperately craved.
Amazon.com: http://tinyurl.com/75lcdm6
Barnes&Noble: http://tinyurl.com/c8ualx6
Smashwords: http://tinyurl.com/cjz42hf
Posted by Unknown at 8:05 AM No comments:

Target of Betrayal by Melissa Ohnoutka 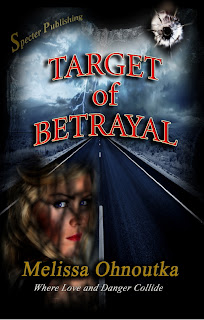 Kathleen Landon thought her life would finally get back to normal after the bizarre death of her husband. But a "chance" meeting with an old boyfriend throws her and her family on a dangerous and emotional journey full of secrets and betrayal. Her husband's death wasn't an accident, but an attempt to cover up a horrendous crime spree being operated by a traitor inside the FBI. Now she and her children are running from a cold-blooded killer. Can she trust the U.S. Marshal sworn to protect them? Or is he using her as bait to capture her husband's killer?

David Thomas worked for the FBI for over ten years before storming out of the office of his superior and telling him where to stick his accusations. Now David has joined the U.S. Marshal's Special Operations Division. He is working to expose an informant hiding in the FBI ranks. David is the perfect man for the job. A man riddled with guilt. His decision cost a friend his life and David is determined to protect the family left behind. What he doesn't count on— is falling in love.

For the first time in what seemed like an eternity, she desired something more out of life. Something this man now dangled in front of her like a prize. A prize he was all too willing to freely give.


Body functioning on its own, her hands tentatively rose around his strong neck. Then on tiptoes, she drew even closer and waited for the kiss she prayed would follow.


"Now that's more like it." He laughed huskily and bent his head, brushing his warm sensuous lips across hers so delicately she wasn't certain he'd kissed her at all. "You make me forget what I'm supposed to be doing here," he said against her ear before easing her head back.


Wait. Was that it? Was that a kiss? Her tangled lashes swept open in a flash of confusion. She watched his eyes fill with a forbidden pleasure. Then his mouth slipped down and captured hers with a hungry, forceful longing that tempted her sanity. He held nothing back. All the passion and desire built up inside from the first day they'd met spilled over them. She swayed against him, her lips parting in open invitation, lids drifting closed in anxious anticipation.


With one passionate kiss, he took her farther and farther into a world of excitement she'd thought lost forever. The feel of his hard muscular body against her own drove her mad. She tightened her grip, tried to get closer, melt into him, become as one.


Another husky moan registered from deep inside him and he broke the kiss to stare hungrily into her eyes. "Kathleen, there's something I need to tell…"

Posted by Unknown at 7:17 AM No comments: